Get Directions to Ponca
1.870.861.5514
E-Newsletter Sign Up
Menu
About Ponca | The BOC Store
Check River Level 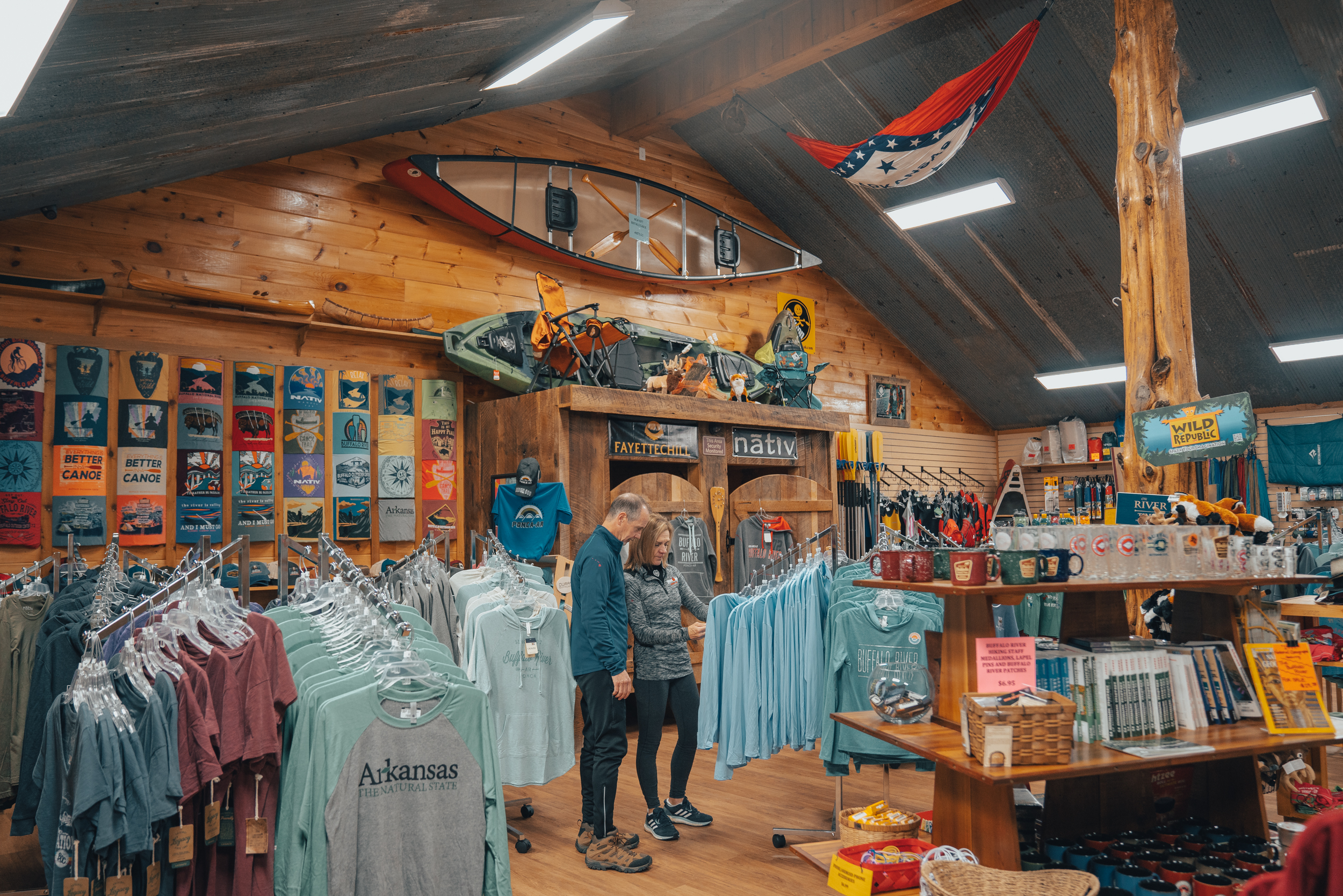 Ponca is the kind of place everyone longs to be from.  A small American town where you won't find a stoplight, big box store or line at the voting booth. Best of all, Ponca is surrounded by some of our nation's finest scenery and a place where peace, quiet and solitude can still be found on a daily basis.

Once a thriving zinc and lead mining town (late 1800's - early 1900's), Ponca once had a population of around 2,000 people.  It was named after Ponca City, OK, which was the home of the mining company that set up shop here when zinc and lead were discovered.  However, when demand for the ores declined at the end of the first world war, most of the miners left and only the families of the area's original settlers remained.

When the Buffalo National River was designated as a national park in 1972, Ponca gained a small handful of new residents, including a young college graduate and expert paddler named Mike Mills.  As a kid, Mike had fallen in love with the Buffalo on fishing trips with his father.  As a young man, Mike had grown to love the river so much, that he knew without a doubt that he wanted to spend his life here.

So, after college and service in the US Marine Corps, Mike established Buffalo Outdoor Center, which in 1976 began as a small canoeing operation within the newly formed national park.  Forty years later, Mike's still here and so is BOC.  Only now, in addition to canoe rentals, we offer kayak and raft rentals, cabin rentals, a group lodge, zip line adventures, an RV campground and a 5,000-sq. ft. retail store.  While Ponca may not have changed much over the years, BOC certainly has!

Our store in Ponca is stocked with grocery staples, ice, fuel, outdoor gear, quality t-shirts and gifts, even soft-serve ice cream, a large selection of cold beverages, hot coffee and a deli that makes some of the freshest and biggest sandwiches you ever laid eyes on!  We're your Ponca basecamp for things that will make your stay even more enjoyable and convenient. 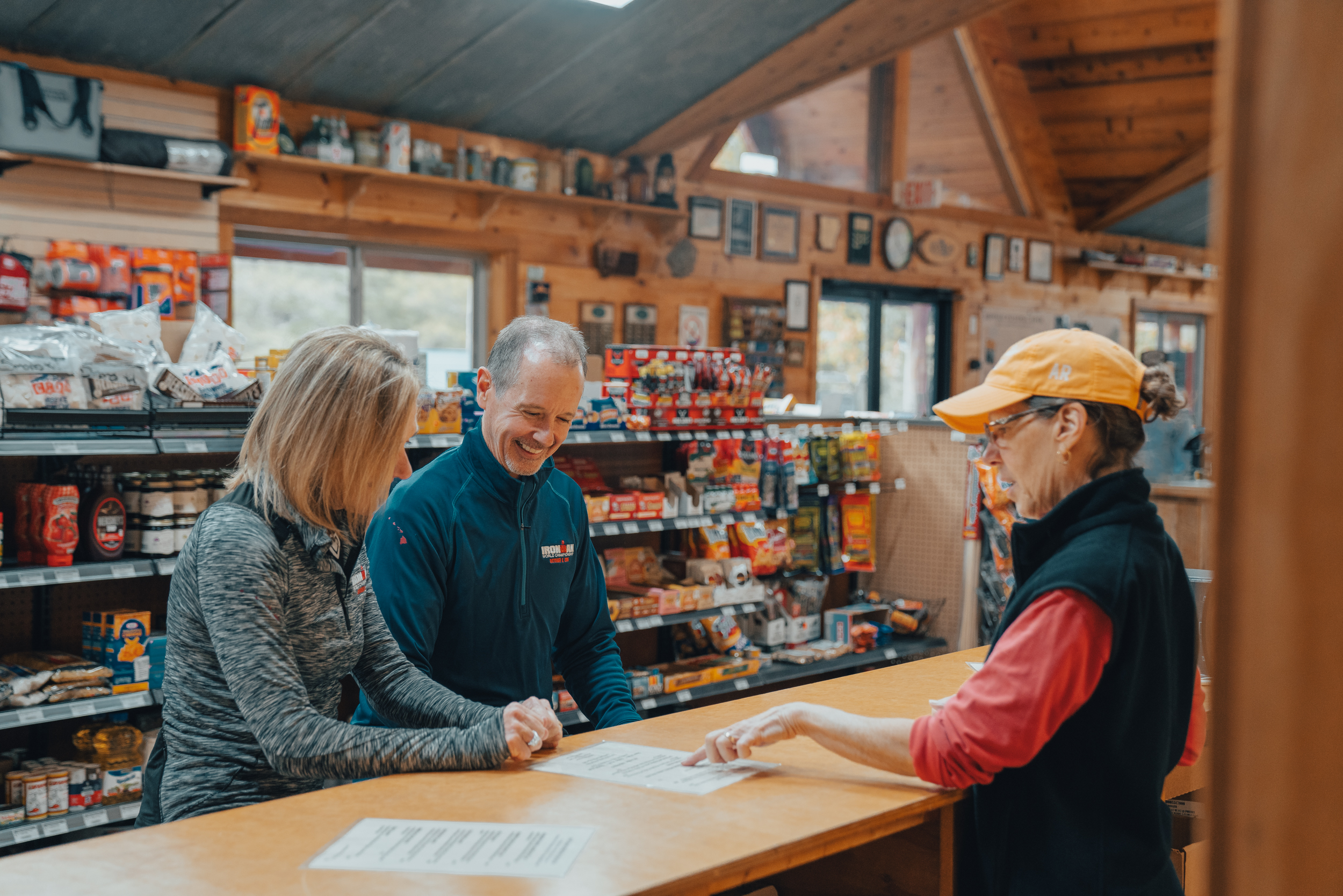 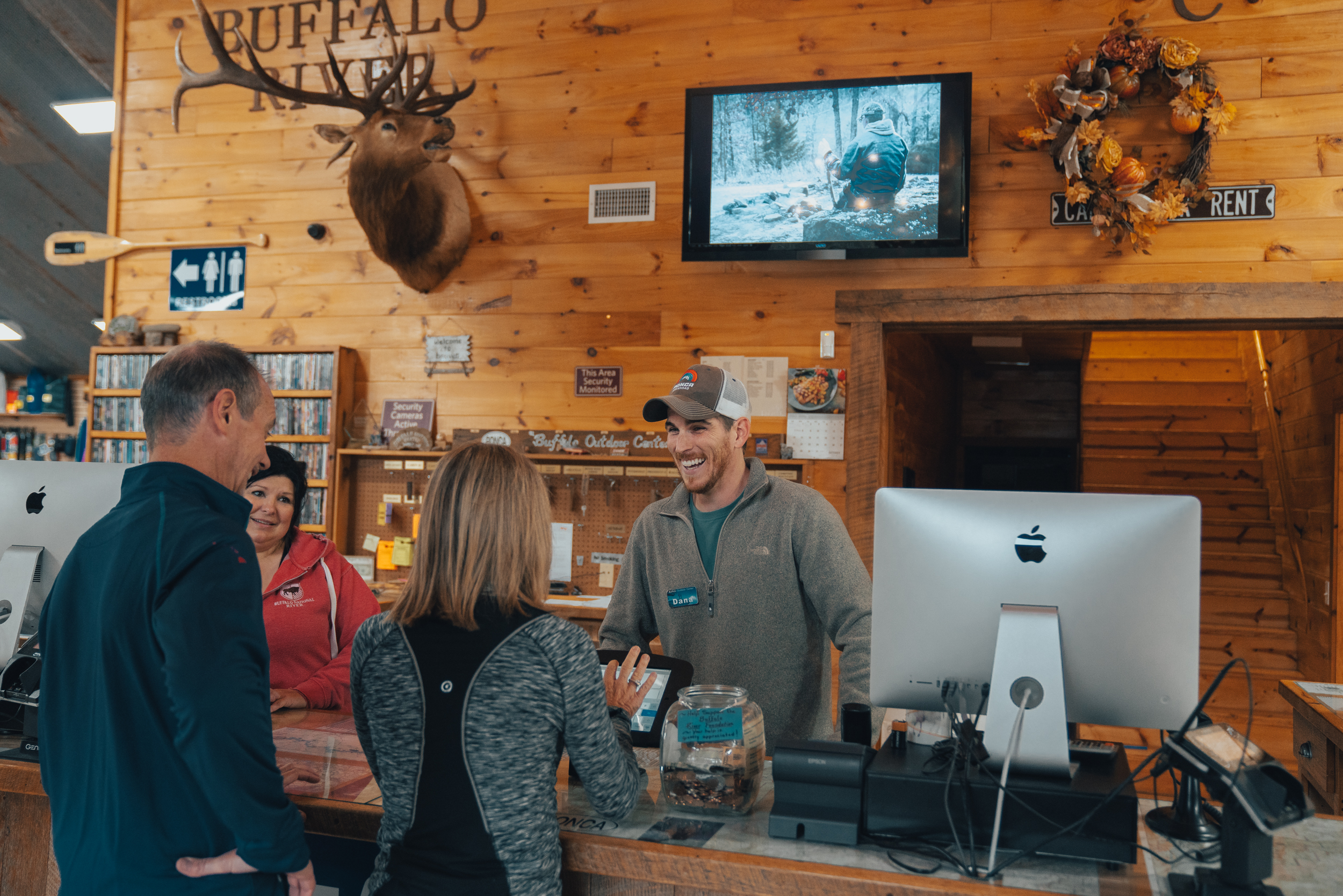