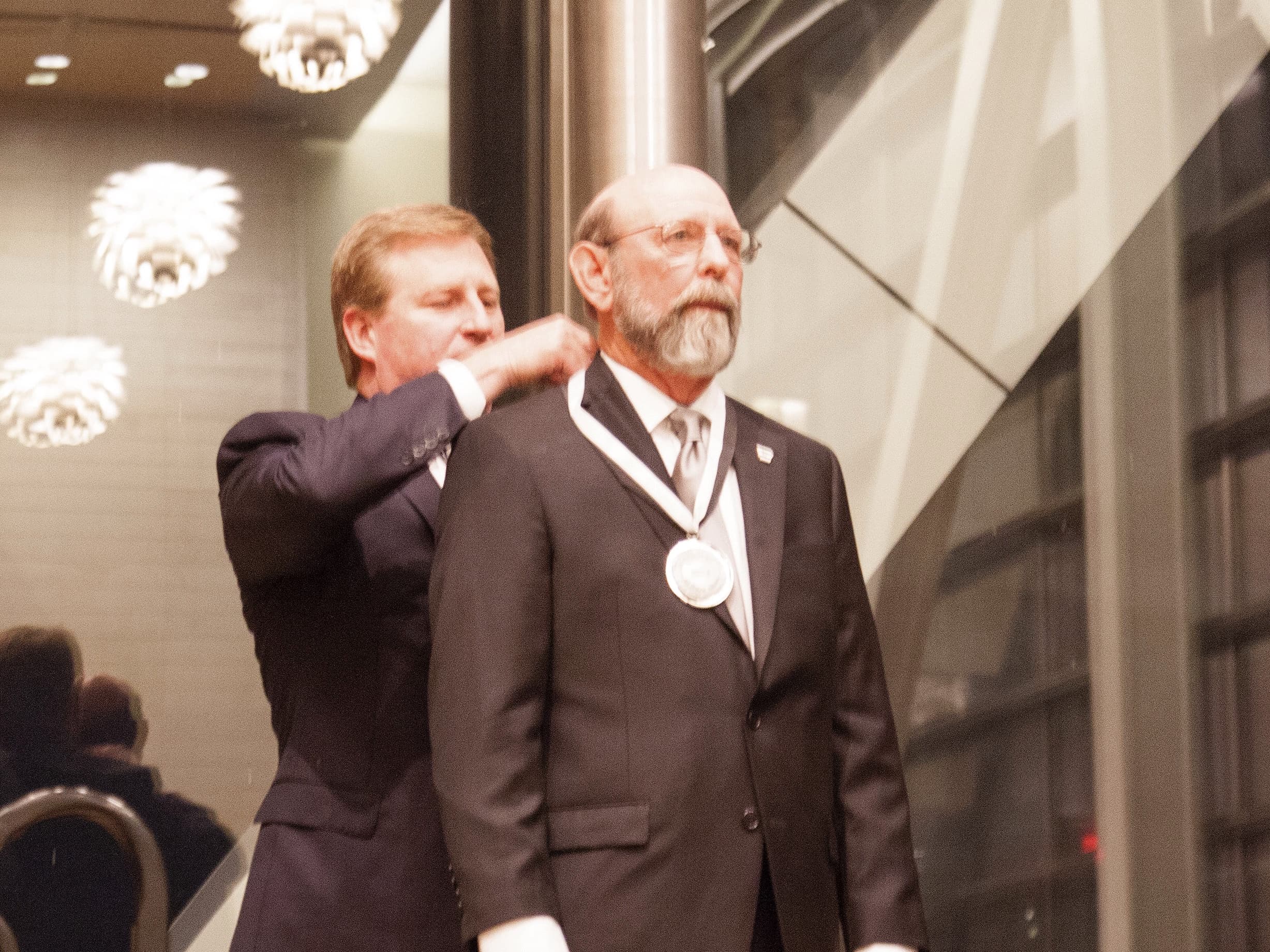 Mike Mills, founder of Buffalo Outdoor Center and a 1974 graduate of Hendrix College, has been awarded the college’s prestigious Odyssey Medal in the category of Professional and Leadership Development.  The medal was presented to Mike in a November ceremony at the Clinton Presidential Center in Little Rock.

The Odyssey Medal is presented to alumni whose life achievements exemplify the ideals of the Hendrix Odyssey Program.  Medalists are selected by the Hendrix Board of trustees for their accomplishments in one of the six Odyssey categories:   Artistic Creativity, Global Awareness, Professional and Leadership Development, Service to the World, Research or Special Projects.  This year, three alumni were presented with medals, including Patterson Clark for Artistic Creativity and Dr. Rebekah Miles for Research.

As a student—and long before founding BOC—Mike was organizing river trips and campouts for classmates.  In 1973, Mike, along with classmate George Spencer, purchased the college’s first two canoes as part of the school’s Outdoor Recreation program.  Mike also founded the college’s Ecology Club.

After graduating Hendrix, Mike attended graduate school at the University of Arkansas at Fayetteville.  Turning down the opportunity to attend medical school, Mike followed his passion for paddling and founded Buffalo Outdoor Center in Ponca.  Forty-three years later, BOC has grown to become one of America’s leading river outfitters and cabin lodging properties.  Mike has also been instrumental in promoting and growing Arkansas’s tourism industry, as well as contributing his leadership skills to the international outfitter organization America Outdoors.

The BOC family is extremely proud of Mike and the award he has received from one of America’s leading liberal arts colleges.  Mike concluded his acceptance speech by reciting from memory the Robert Frost poem, “The Road Less Travelled.”  And yes, we would agree:  it was risky business eschewing medical school for starting an outdoor company in Ponca’s beautiful middle of nowhere.  But, for thousands of river and trail lovers, it’s the path that has made all the difference.