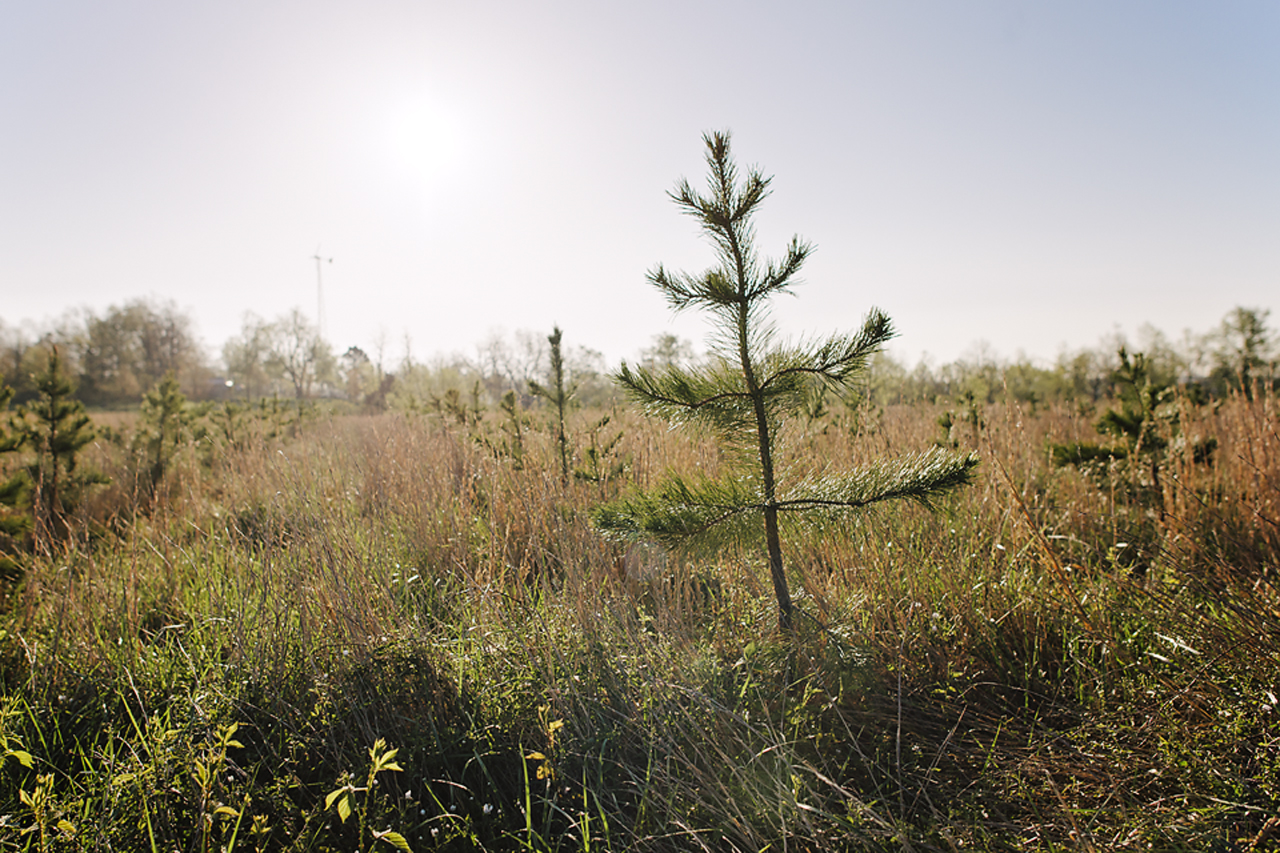 In 2014, Mike Mills put into action a dream he’d had for a long, long time—a vision of returning several hundred acres of decades-old, clear-cut Buffalo River watershed lands to a place covered with a beautiful forest canopy.  It was a pretty daunting task, and one probably more suited for a large timber company like Weyerhauser or the obvious, the National Forest Service.

But, when one has a passion for something, the scale of the project usually doesn’t matter.  You may have to save for it and wait longer than you’d care to think about in order to see it come into being, but perserverance can overcome a lot of obstacles if you’ll just hang in there long enough.  And, be willing to invest a lot of sweat equity into making your dream come true.

In 2008, Mike took his first step toward realizing his dream.  He and two horticulturist friends sweated together through the hole digging work for 150 maple trees, ranging in size from 8- to 10-feet tall.  These weren’t seedlings you just plunk in the dirt with the twist of a trowel; these trees had large root systems and getting one into the ground took time.

Adding to the work was the extreme heat.  That summer was one of the hottest and driest we’d had in years.  So, once all of the young trees were planted, they had to have water—LOTS and LOTS of water.  For weeks, Mike drove around on an ATV outfitted with a large tank, spending many an evening making sure each thirsty tree received a good drink after a long day in the scorching heat.  He lost a few maples here and there, but most of the trees took hold and his weeks of vigilant watering began to pay off.

By now, it was September and the maples were looking strong and healthy.  They’d come through the worst of the summer and their root systems had had time to get established before frost.  The watering became less of a chore as the daytime temperatures began to ease off.

But then, the deer rut arrived.  And with it came bucks looking for slender trees to rub on in order to remove velvet from their antlers.

After about ten or so trees became heavily scarred (some of which died), Mike went off to town and returned with what seemed like a football field’s length of turquoise-colored PVC pipe.  Like digging deep holes and endless watering chores, cutting PVC pipe to just the right length for 130-ish trees takes a good long while.  You also have to cut a slit down one side of the pipe so it can “wrap” around the tree’s trunk.  With the pipe cut, Mike loaded up sections of it and drove from tree to tree, giving each one its own protective “armour.”  The pipe technique worked and today around 125 maple trees thrive in places where there was once just open ground.  Several maples have even been transplanted from their original locations and now live gracefully beside a cabin or our RiverWind Lodge. 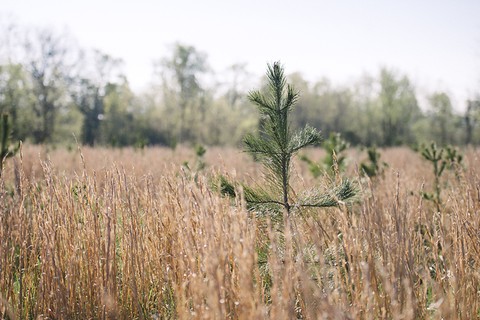 This time, the planting was a whole lot easier.  Mike worked with a company who specializes in seedling plantings and the work was over and done with before you can say “Dig another maple tree hole.”  And now, two years later, the pines (loblolly and short-leaf varieties) range in height from 18 inches to 3 feet tall.  If you ever stay in Cabin X or the Mountain Sunset Cabin, you’ll get to see thousands of the young pines slowly, but surely making their way toward the sky.

Why so many pines and not more of a pine + hardwoods mix?  Great question, and here’s the answer:

We have several hundred acres which are already forested with mature hardwoods.  What pines were here, however, were logged decades ago.  Fortunately, stands of towering pines can still be enjoyed within the upper Buffalo River’s national park and national forest lands.  So, Mike’s goal is to reclaim this lost tree canopy for BOC land, which will create its own micro-ecosystem and habitat for wildlife.

In addition, Mike says he just likes the calming sound of the wind blowing through pine boughs, so who can argue a personal preference such as that?

If you have an interest in restoring some of your property to forest, feel free to call Mike at 870-861-5514.  He’d love to talk trees and share with you his personal experiences, as well as provide you with contact info for planting resources.

Blog post by Rhonda Mills, who personally witnessed the 10,000 + 1 refillings of the ATV’s water tank, and who has the great pleasure of receiving regular updates on the progress of “this pine” or “that maple” from her husband.  She’s also hoping to live long enough to appreciate the sound of the wind blowing through Mike’s fledgling pines.

5 Reasons to Love Ponca in the Fall